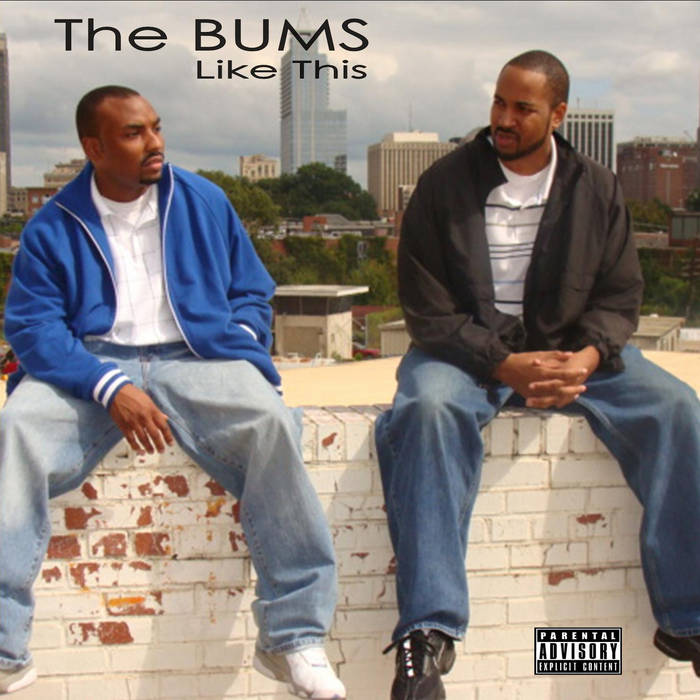 The BUMS are MO (MC, Producer) from Richmond, VA and TJ Hooky aka Dick Grayson (Producer) from Fayetteville, NC. The Raleigh duo came together in 2006 officially as The BUMS after working closely together on projects with the Centerpoint Family. TJ and MO felt it was necessary to meld together their sound of Hip-Hop, Soul, R&B, Jazz, and Rock into their own interpretion of music, which gives them the name Building Up Musical Sounds. Working closely with the Centerpoint Family, as well other Raleigh area artists, the debut album entitled Like This was completed in 2008. It touches subjects of life, love, and hip-hop. Like This has something for everybody that loves that true sound. Collaborators include Law, Rapsody of Kooley High, and MicSouce of Grown Folks.

This track was originally a bonus track for the Like This project, but we cut it because the album already felt long and didn't want to overdo it our first time out. We hope that you enjoy it and forgive us for not including it in the original pressing. You should find it to be a fitting end to Like This and we'll see you up next for A Beautiful World in 2012. Thanks for listening.

All songs recorded by The BUMS at Garage Ma-hal, Raleigh, NC except “The Time is Here”.

“The Time is Here”, recorded at Garage Ma-hal, Raleigh, NC by The BUMS and at DSR Studio, Richmond, VA by Todd Powers for Dox Media.

All Publishing: Sounds Bumtacular (ASCAP) except for “The Time is Here”

All Mixing and Mastering: The BUMS.

A group of producers, emcees, photographers & visual artists come together to collect and create the quality Hip Hop that is Super Nice Music.